Louisiana Catch by Sweta Srivastava Vikram is a brave and intelligent novel that tries to do a lot of things and succeeds at most of them. 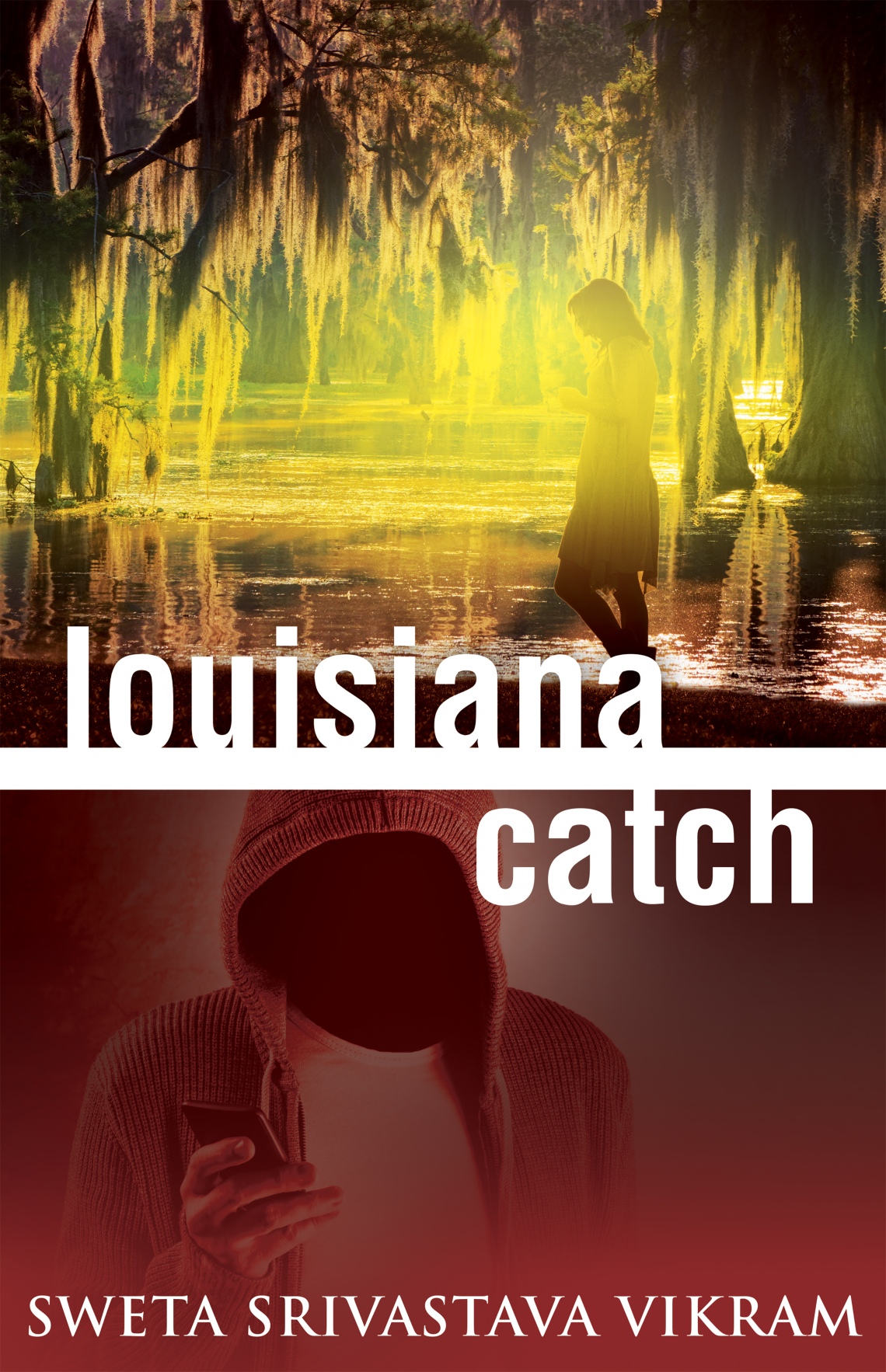 At its core, the book explores a woman’s tumultuous journey from grief to love. It is a romance novel that affirms its faith in fairytale happily-ever-afters, even as it acknowledges the sordid reality of abusive marriages. It is a mystery novel that delves into the dark web of cyber stalking, impersonation and fraud. It is a novel about different “support” groups- the toxic and the not-so-toxic ones-and the little things we can do to reach out to those in need. And it is also a story by a woman, about women, and the issues that we women encounter everyday but that which patriarchy turns a blind eye to.

And it is for this reason that I feel, that Vikram’s book is so relevant and refreshing for these troubled times.

The novel focuses on Ahana, a privileged New Delhi woman (who grew up in New Orleans) who has just divorced her rapist ex-husband Dev, moved in to her parent’s mansion and lost her mother to a heart attack. She’s also the brainchild of “No Excuse”- an international conference on violence against women that she’s supposed to help organize. But her sheltered upbringing has left her unprepared for life, and as her self-worth and dreams start to crumble, she must find the strength within herself to regain confidence and stability.

Initially she finds some comfort in Jay Dubois, whom she encounters in an online support group, even as she fends off the “advances” of the conference’s PR executive, Rohan Brady, whose over-the-top personality and sexually-charged jokes she finds offensive. But of course, all is not what it seems. The sympathetic Jay gradually reveals murkier aspects of his erratic personality, and Rohan with his eye for the little things slowly proves himself to be a gentleman. Meanwhile, Ahana’s traumatic memories and the faintly-looming presence of her ex-husband threaten to tear down her fragile sense of control.

There are many things that the book does really well. Vikram is up-front and no-nonsense when it comes to documenting the everyday micro aggressions women face, usually without protest. Whether it is being slut-shamed or sized up by the condescending and judgemental “aunties”, being groped by strangers in the subway or being expected to conform to traditional stereotypes, Vikram accurately portrays the many difficulties all women face, even as she delves into issues of marital rapes, gas-lighting and emotional manipulation and the psychological after-effects on the survivors. Yet, what’s remarkable is that even though she never tries to tone it down, the book isn’t dark at all, but full of hope and promise, and I think that this is the exact sort of positivity that we need right now.

When it comes to writing, the author does a deft job at handling the romance and the mystery, without being too generic. Rohan and Jay clearly acts as foils to each other, as well as represent emotional and toxic masculinities at its clearest respectively. Ahana and her cousin Naina are well-developed strong female characters, that are both identifiable and inspiring, but not clichés. The plot picks up pretty quickly, and the sense of mystery about Jay’s actual identity will ensure you keep turning the page. The dialogues are for the most part fun, particularly the flirtatious banter between Ahana and Rohan.

That being said, the book does have a few flaws. Although the evils of sexism and repeatedly delineated, racism is barely acknowledged, given that the major characters are all Indian or half-Indian and spend a reasonable amount of time in places like New York and New Orleans and interact with white people, which appears a tad unrealistic. Issues particular to women of color, particularly the double colonization they face, aren’t really touched upon. Moreover, granted that the western space may be objectively more liberal, there seems to be an attempt to portray the lack of security and safety of women in a public space like Delhi, as opposed to the freedom of a multi-cultural city like New York, while ignoring the pitfalls of the latter. Except for a staged mugging incident, USA’s extremely high crime rates, police brutality and violence against people of colour are mostly ignored.

Similarly, while the author takes the pains to explain the meanings of several “Indian” words in the book, she doesn’t do the same for the other foreign language words, which might work well for the average western reader, but may put off the average Indian reader who may find the author’s tone slightly patronising at times. I’d have perhaps liked it more, if towards the end of the book, there had been greater emphasis on the international conference itself and the strategies to protect women it may have come up with. The extreme privilege and wealth of most of its leading characters could also have been supplemented with more women characters coming from lesser-privileged backgrounds, as it would have provided a more inclusive, diverse and democratic view of things.

Nevertheless, this is an important book- not just for women, but for everyone, that is both serious and fun. If you’re looking for a quick and enjoyable read that’s more nuanced than the average chick lit book or the next deplorable Chetan Bhagat bestseller, pick this one up and you won’t regret it. Although indulgent at times, this is an important and interesting woman novel that we needed in our book shelves for a long time.

About the Author: Sweta Srivastava Vikram (www.swetavikram.com), featured by Asian Fusion as “one of the most influential Asians of our time,” is a best-selling author of 12 books, five-times Pushcart Prize nominee, writing coach, social issues advocate, and a certified yoga & Ayurveda counselor who helps people lead creative, productive, and healthier lives. Louisiana Catch (Modern History Press 2018) is her debut U.S. novel. It’s the #1 new release on Amazon under women’s divorce fiction and featured on U.K.’s list of “Books to Read in 2018.” Sweta won Voices of the Year Award, past recipients of which have been Chelsea Clinton, for her work with Louisiana Catch and her tireless support of women who have experienced sexual assault and abuse. Born in India, Sweta spent her formative years between the Indian Himalayas, North Africa, and the United States collecting and sharing stories. She writes hopeful stories about multiculturalism and women’s issues with a healthy dose of suspense, reflections, wellness, and food. Sweta, whose work has appeared in The New York Times, amongst other publications, across nine countries on three continents, is an award-winning writer and graduate of Columbia University. She lives in New York City with her husband and in her spare time, teaches yoga to female survivors of rape and domestic violence.

I’m always open to reviewing books of poetry or in the genres of YA, fantasy, sci-fi, magic realism, speculative fiction and graphic novels as well as interviewing their authors, so if you want your book featured on my blog & promoted on my social media channels, do feel free to contact me.

Archita Mittra is a writer and artist residing in India, with a love for all things magic, vintage, and darkly fantastical. View all posts by Archita